Author’s note:      I’m not going to spend time editing this as I’ll just chicken out and delete the entire thing. I just wanted to show people that it’s not “where you’ve been but where you’re going” that counts. No one can keep you from being a great and wonderful person, a success, except you.

I mention a bit of myself in my posts but not much, so I thought I’d introduce myself a bit more this time. I wasn’t born with a silver spoon in my mouth and have yet to find one in there. I’ve had a hard life (as many have) and recently I came to the realization that this was done for a reason. I’ve been made into a strong person so that I could help others. Even when I realized that I still wasn’t sure how, in what capacity was I to help people? I only realized my purpose about a year ago, so it’s been a 39 year journey.

I was born to an alcoholic father and a schizophrenic mother. 15 months later my sister came along. When we were both still babies my father took my sister to BC and I stayed with my mother. Due to her illness I spent as much time in foster homes as with her. When I was 6 my brother was born. Luckily we weren’t separated when placed in foster care. I’m told that while living at home I acted as his mother, feeding him and changing his diapers. At age 8 my mother realized she couldn’t care for small children on her own anymore. For a year my brother and I lived in foster care while the courts decided our fate.

I went to live with my grandparents and my brother was adopted by an aunt and uncle and their 4 children.  It was decided he would adjust better if I treated him as a cousin. As a child of 9 I wasn’t able to sway the mind of that adult. This hurt too much and I started to pull away from my brother, then I stopped seeing him altogether by around age 12 I think. Then at 14 I went back into foster care; my decision fueled by the fantasy of being able to have ‘brothers and sisters’ . The reality was a far cry from that. I got moved into a few different homes, and then ran away from one at 15. I ended up with a couple who I asked to be my foster parents and they agreed. A few years later there was a divorce and I stayed on with my foster father as a roommate. Aside from a one year stint away at university we remained roommates until I turned 30. He retired and moved to Newfoundland and I moved to BC, where my sister and father lived. I returned to Ontario about 2 years later.

An ex-boyfriend taught me that you’re nothing without education and I also felt my calling would be through something professional. In the 18 years following graduating high school I spent 9 of those as a post -secondary student. Let me tell you that is a LOT of time and money ($ spend on school and $ not made through work). I have the student debts to prove it. It’s funny that what Really prepared me for my calling was just living life! All of my experiences and hardships culminated in who and what I am now. I have left a lot of things out of my ‘life story’ because they’re personal and not required to get my point across.

I lived life like a victim for a very long time. I saw things as very black and white and believe me they’re not! I’ve been abused by men and that was attributable to my low self-esteem. Those types of men look for weakness and when they find it they hone in for the kill. “We teach people how to treat us.” I taught men that they could get away with a lot from me. Those days are done but they Had to happen for me to finally smarten up. Life is all about lessons. If you don’t learn your lessons then they just get harder. They did for me. Even when I got better about men I wasn’t self-assured enough so little lessons still happened. It’s a tough love.

Sometimes horrible shit just happens, with you having done nothing to deserve it. At those times the lesson wasn’t for you but for someone else. We’re not always getting lessons, sometimes we’re the ones helping give them…but without our knowledge. I’ve been on both ends of this.

At age 35 I had my son, but with being estranged from my family and my mother having lived in a group home for many years due to her illness, I had no assistance from anyone. And with so many years of school I didn’t have the financial means that most people my age do. Since our future appeared to be a life of welfare until I could manage to get work and make money, I felt the best future I could give my son and myself was to find him a better home. This is always a deeply personal decision and one that stays with us for the rest of our lives. No one has any right to judge a birth parent. Ever. No living person on this planet is perfect. Never has been and never will be.

Judgment needs to be removed from human interactions, it really does.  Judgment means that someone is unhappy with themselves but find it easier to point out someone else’s shortcomings rather than their own. People project; what you see on the outside is what’s going on on the inside. The cranky person is really just cranky with themselves. The rude person is hurting inside. The calm, happy person is also happy and calm inside.  And on and on and on…

My mother passed away shortly after I made my decision about my son, the same day as Michael Jackson actually. Due to the adoption I never let myself grieve the loss of my mother so it had to become a sort of realization for me over time. My grandparents also passed away, my g’mother just before I moved to BC and my g’father just before I returned. These 3 people made up my blood family for a long time so with them gone the estrangement of the rest of my large family feels like just a fact of life for me. People leave, that’s just a fact of life. An interesting thing I noticed with my mother was that our relationship got better after she passed away. That may sound odd but my anger at her for bringing a man into our house who had no business dating a woman with a young daughter, and for not believing me when I told her, and her almost marrying him – which felt like her choosing him over me – that anger was gone. And the guilt of not visiting her as much as she wanted, that guilt was also gone. I only feel love for my mother now.

Because I’ve been on the receiving end of so much hurt I would never want to make another person feel that way. That is why people with harsh backgrounds can be so kind, we know what it feels like to be on the other end of the stick. Empathy is a wonderful thing.

I could even say that I’ve been homeless; I’ve had to sleep on a friend’s living room floor. But to me homeless means LESS a home, yours or someone else’s. If anyone has the sap story that they stayed with a friend hence they were homeless…hogwash! Tell them to take the victim out of the story and turn it into ‘I’m so lucky I had a friend to stay with’ story. Enough said.

It’s all about perspective.

I refuse to see myself as a victim now. There were many things that have happened to me that I had no control over (my entire childhood) but I now see – that lovely hindsight – all the times I gave up control to another. How I allowed things to happen instead of asserting my rights. I can BE Whatever I want, Do Whatever I want, NO ONE can tell me otherwise. NO ONE can put down me or my dreams unless I let them. And I don’t let them!! I just smile and walk away. And vow to PROVE THEM WRONG. I grew up like a seed under piles of dirt, under pressure and in the dark. But now I have burst out into the light and am stronger than ever!! Diamonds were once coal under pressure. I WAS that coal. I am now THAT diamond!
When people meet me they have no clue about any of this, they assume I’m married, or I live at home with my folks; I come across as well-adjusted and to me that is the ultimate success. My life has happened FOR me not TO me. 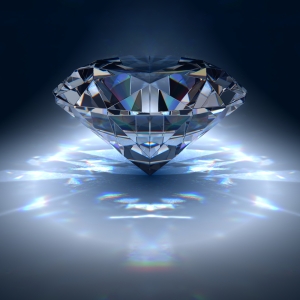 We are all great! Stop being a victim and be great instead!! :-D