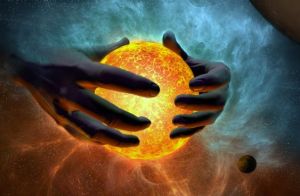 This topic freaks people out. When you bring it up they think you’re a born again Christian or are trying to sell them religion.
Do you think you’re spiritual? Well you are. Your spirituality is Whatever you believe. It is yours and yours alone. Whether you believe in God/Source/Higher Consciousness or not is your belief; your spirituality. Religion can be strict, full of rules and is typically written down. It’s like goal posts on a playing field. You aim for going just between those goal posts and no where else. Don’t look up in the stands, don’t be curious. Just aim for those goal posts.

I was never one to follow the rules. I also had issues with what I heard in Church. That doesn’t mean I don’t believe, far from it, but I needed room to go outside of the goal posts. Way outside.
When you’re thinking of All that is possible, of every conceivable ‘reality’, look at pictures like this – or at least keep them in mind.
Click on each one, enlarge it. Really look at it. Every single pin-point of light is a star. With planets. Every single one.
Are we the only life forms that could possibly exist in the universe? Hmmm. 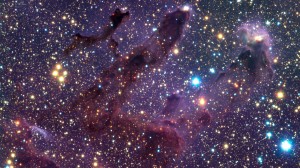 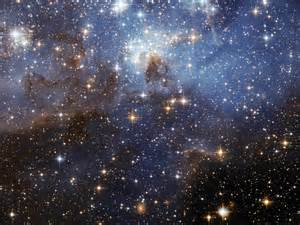 Think of every single ‘coincidence’ you’ve experienced. Ever. I don’t believe in coincidence myself.

We only use 10-15% of our brain. Everyone accepts this. Yet many people still believe it’s just coincidence that…when they reach out to a friend that friend says “Hey, I was just thinking about you!”, when they turn on the radio and the song in their head is the one playing on the radio, when they get a feeling to take a different route or get off the highway then find out that change saved them from a bad or lethal accident. Babies who have no attention span can be enraptured by a blank space on the wall. Animals too. Any chance the other 85-90% is at play here? Hmmm.

Things that make you go hmmm.

To me religion paints the world in black in white. I believe the reality is an amazing palette of colours. I think our minds can’t even comprehend most of what is ‘real’. Watch this 4D Tesseract. As your brain tries to figure out what it’s seeing the darn thing moves and your brain gets confused again.

I linked a video about the double slit experiment in a previous post. It, and many other great ideas, get mentioned in this awesome video by Joe Rogan:

Spirituality is questioning, questioning, questioning. And throwing out the rule book. And realizing that we likely can’t conceive of most of what even…IS…until we Completely open our minds. Stop judging ideas, who’s to say the weirdest ideas anyone has about existence aren’t Bang On? Even if they contradict?

Oh, and don’t be judging reality by what your eyes see. Or your 5 senses really: we can’t see UV light or hear dog whistles. And these pictures are Not moving ;-) 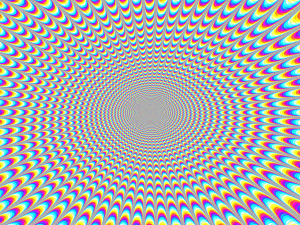